As an arts journalist for many years, I had the honor to cover many stories about creativity. The stories I loved the most were about craftspeople–blacksmiths, glassblowers, printmakers, textile artists, potters, woodcarvers–the people who used their hands masterfully to work glass, clay, reed, wood into an object.

And of all the objects-makers I met, two remained the most fascinating–puppeteers and musical instrument makers–because these objects are the only inanimate objects that, when placed in the hands of a human, become something else.

The transformation for the puppet happens when the puppeteer takes hold of the strings and magic happens as this conglomeration of wood, paper mache, fabric and string suddenly come alive with character and animation.

Even more fascinating is the musical instrument because here art meets science directly as the masterful craftsman turns materials into sound–literally.  Through the synergy of wood, string and air, combined with the masterful skills of the right player, the violin sings.

And who makes the best sound in violins? See below for an article exploring the two greatest violinmakers of all time–Stradivari and Guarneri del Gesu and how differently they “sing” for each virtuoso.   This short film is both a visit to Cremona “City of Violins” and a visit with celebrated players describing the character of the sound emanating from these old violins.

To say that the violin world was and still is a bastion dominated by men is an understatement. But there was one American female who not only contributed to the violin making world, she transformed it–so much so that she was honored in Cremona, Italy.  See:   upne.blogspot.com/2016/05/an-american-woman-in-city-of-violins.html 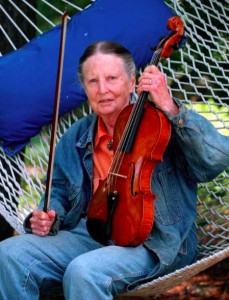