In 1782, German physicist Ernst Chladni began studying vibrations in rods and later in plates, an unknown field at the time as, up until this time, musical acoustical studies had focused almost exclusively on the vibrations of strings and the vibrations of air inside wind instruments.

This drawing depicts the exploration of sound figures in plates from 1785. 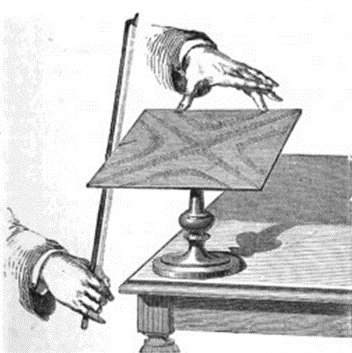 With his experiments with vibrating plates, Chladni opened up a new field.  Chladni systematically studied the sound patterns of circular, square, and rectangular plates, by fixing them with his fingers at different points, thus enforcing at these points the occurrence of nodal lines—lines of sand that form when granules fall away from the part of the plate that is vibrating and gather on the lines where the plate is not vibrating.

In 1787, Chladni published his pioneering work Entdeckungen uber die Theorie des Klanges which included  11 plates and a total of 166 different geometric vibration patterns that occurred at given rates of frequency.  Chladni traveled extensively, giving lecture-demonstrations to fascinated audiences.   His demonstrations revealed dramatic and beautiful geometric patterns of vibration—literally the footprints left by sound waves—patterns later named not for the man who discovered them but for the one who made himself famous by demonstrating them so widely. 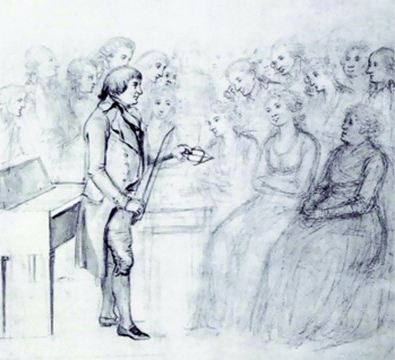 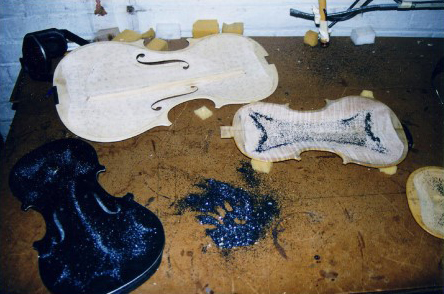 Carleen Hutchins testing the top and back plate of one of her violins, 1993. 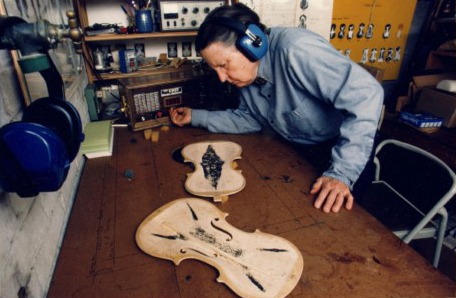 The acoustical laboratory at 112 Essex Avenue, with Chladni patterns on the wall. 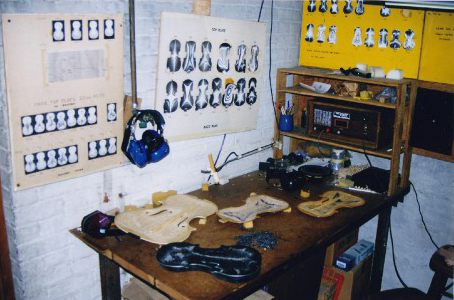 “Acoustics of Violins,” by Carleen Hutchins, became the cover article for the October 1981 Scientific American Magazine. 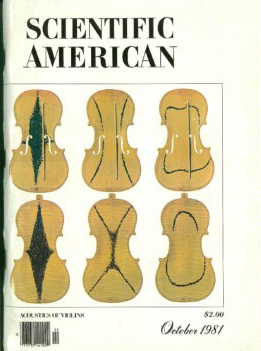